Gamefish come equipped with a variety of different jaw structures, each of which tells a different story about how these fish evolved to hunt prey. Some species, like the channel catfish, have an obvious overbite—useful in pinning prey on the bottom. The brook trout has a jaw that occupies much of its face, a testament to how it evolved to eat during the relatively short growing season of northern latitudes and high-country streams (that is to say, all the time). Then there’s the smallmouth bass. A look at its jaw structure shows a lower jaw that extends beyond the upper. The biology tells the story of a fish that evolved to feed up top

The surface might look to the angler like an easy nut to crack, but in fact the opposite is true. Perhaps nowhere else in the water column does the how, and why, and when of smallmouth fishing have so many different nuances and possibilities. First off, to Micropterus dolomieu the surface is a place of food—and danger. Imagine a restaurant where the food was easy to get but where each excursion brought with it the threat of annihilation. Simply put, the surface is where a fish negotiates its willingness to eat with its wariness of death from above. And so we’ve classified topwater flies according to the sound they make.

In fact, you might think of them as musical instruments producing a variety of different sounds, from the pianissimo of the wiggly to the fortissimo of a banging Boogle Bug to the deep baritone of a hair bug trapping large quantities of air in its spun body. In short, perhaps even more so than silhouette, what distinguishes topwaters is their sonic profile. For current purposes, we’ll divide topwater flies into two basic categories: wigglies and poppers.

To tell the story of the wiggly we first have to tell the story of an elderly Southern gentleman by the name of Jack Allen. Jack was a longtime largemouth bass guide from the Florida Everglades, and when we met him at the boat launch one early summer day, we saw nothing more than a guy with a bad elbow and a box of tiny hand-tied flies with foam bodies and wiggly legs—“bluegill spiders on steroids,” we called them.

When we launched the boat that first day with Jack the winds were ripping the flags straight out and there were standing waves and whitecaps on the river—not the sort of conditions in which any of the guides would have suggested throwing something as small and delicate as one of Jack’s foam and rubber creations. In the standing waves and whitecaps, it would have been hard to spot a big bright blockhead popper, let alone a small dark bluegill fly—jacked up on steroids or not.

Then Jack caught a 19-inch smallmouth. And another. The third fish we netted was a solid 20 inches. Afterward Jack flopped back down, wincing and rubbing his casting elbow. Shaking out his arm and getting back in the casting perch, he clarified to both us and the fish: “I prefer the 14-inchers.”

In a way, fishing wigglies is not new. As far back as the 1880s, Dr. James Henshall was imploring the smallmouth angler “not to forget the spiders.” But as we started fishing wigglies systematically on our Wisconsin rivers, we noticed different behaviors in the bass that we’d been catching for decades on poppers and hair bugs. There was a difference between the eats we got on the wiggly and the eats we got on the popper. Oftentimes the popper eat is aggressive, a toilet bowl woosh or topwater explosion of sorts—which suggests a fish could be scared or confused (or both) when it whacks a popper. But wiggly fish were a different story. There was never unnecessary commotion in the eat. A full ten times out of ten, a smallmouth bass simply sipped it out of the film. They were confident it was food.

Though the above anecdotes demonstrate a fish’s willingness to eat the wiggly in a variety of weather conditions and forage situations, the real problem the wiggly solves is presenting to fish in shallow, calm water. This might refer to 1) the first shelf when there is “just enough” water to bring fish onto it, 2) shallow feeding flats in the evening, and 3) mid-river rock gardens and weed beds in the middle of the day. For these reasons the wiggly typically becomes an especially important fly in the smallmouth angler’s arsenal once water levels drop a bit in early summer.

The wiggly is not a popping bug, so the most important rule to remember when fishing one is simple: Don’t pop it. That’s because the power of the wiggly lies in its seductive subtlety—aka, the wiggle—which goes out the window when you yank it across the surface. Having fished these flies with hundreds of clients, we’ve settled on a single verbal instruction that accurately communicates how subtle of a motion the fishing of these flies requires: “Bend its legs. Don’t move the bug, just bend its legs.” How much line manipulation is needed to bend legs made of one-millimeter silicone? Not much.
For anglers accustomed to micromanaging the actions of their streamers, fishing the wiggly can require a Zen-like patience and detachment. In addition, the true wiggly artist will master mending in such a way where you exaggerate your stack mend slightly to come into contact with a fly and give it the subtlest nudge—the exact opposite of what you’d be looking to do when dry-fly fishing for trout. We like to call this “touch mending.”

Before we get started about poppers, which have been around in either deer hair, balsa wood, or foam forms since time immemorial, it might be worth asking an obvious question: Why on earth does a smallmouth bass eat a chartreuse popper in the first place?

Our years on the water have led us to believe that a big part of the reason that smallmouth eat things like gaudy fluorescent poppers is due to “the curse of no opposable thumbs.” We have seen bass sip a spindly leaf with the same confidence as they would an adult dragonfly, only to kick it out once they recognize the mistake. The actionable difference is that the mistakes we throw their way have a hook at the end of them.

When and How to Pop

If there’s a basic recipe for popper fishing, one that we might tweak based on the conditions at hand, it’s this:

1) Land the fly as gently as you can. The sound of the fly hitting the water is the first possible cue to bring a fish in.

2) Let the bug drift at least until the rings of water clear. Or longer (because less is more, longer is better).

With that basic recipe established, there are several other factors that affect the way we fish popping bugs. The first is the depth of the water. The key with any popping bug is as follows: Shallow water gets a little pop, deep water gets a big pop. In situations where you’re fishing a popper all the way back to the boat over water steadily increasing in depth, this means that the intensity of pops should increase commensurately.

In addition to depth, temperature is another factor that affects our approach to popping. Cool-water popping and warmer-water popping should be approached differently in terms of attitude and expectation.

How long it takes a fish to react to a topwater fly depends on a number of factors, with water temperature being foremost. The colder the water, the longer you should work a topwater fly before giving up on a cast. When the water heats up, be prepared for near-instant strikes.

Early in the season when bass metabolic rates are slow, you might get hit eight seconds into the drift because that’s how long it takes for that lethargic fish to hone in. That’s a time to stay focused on the fly throughout the drift, and not to lose your attention even after the fly has been sitting out there for some time. Later in the season, when bass metabolic rates are at their peak, the angler must be ready for the opposite: an instantaneous eat. When water temps are high, you don’t want to be adjusting your sunglasses or unwrapping a line from around your reel seat when the fly lands. You want to be ready to strike.

As with many aspects of fishing gear, personal preference plays a large role. For example, when comparing split grip rods to the standard full grip rod type, there are reasons which can influence angler selection. Here are some factors which may help you decide if split grip fishing rods are right for you. 1. Weight… 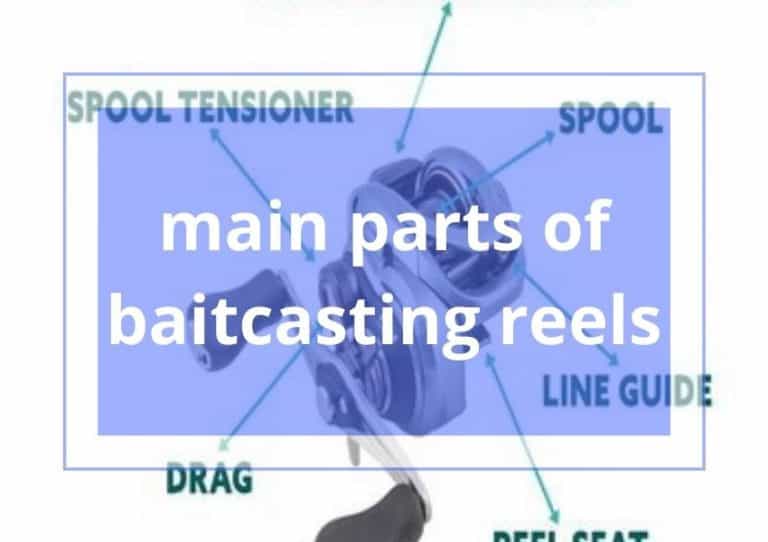 Have you ever wondered what makes baitcasting reels that popular amongst many anglers? here is the answer, because baitcasting reels usually have more accuracy and casting distance when compared with other types of fishing reels. Not only this, but they are also more lightweight than the other spinning reels, which are similar in line capacity….

Some of the best fishing happens during fall when the temperatures are cooler, leaves start changing color, and you can enjoy beautiful sunsets. During fall, fish are more active during the day because they are eating more to put on weight for the winter months. During these months, fish tend to be in shallow waters…

If you haven’t yet experienced the enjoyment of dry fly fishing, fall can be a good time to get out and try it. While the insect hatches that generally take place during fall may not compare to the more intense hatches of the spring or early summer months, dry flies continue to bring fish to…

Fall fishing is a great opportunity to catch fish that went silent over the summer. One of those species is the largemouth bass. If you’re looking for fall fishing tips and wanna know more about the fall fishing pattern, you are at the right place! We have lined some of the best advices that will… 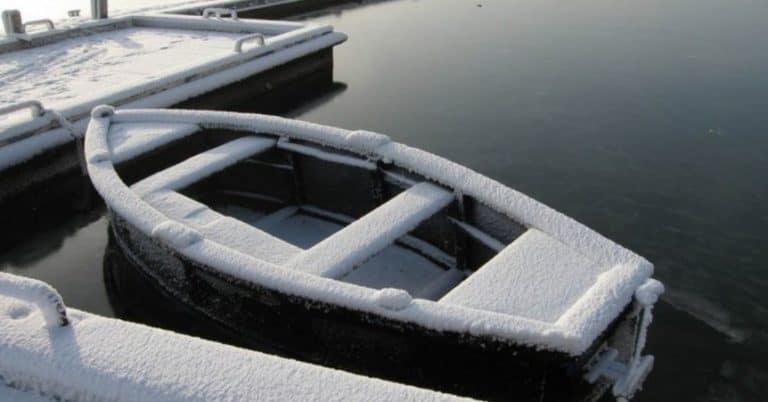 Knowing how to winterize your boat can save you time and cash. It’s the end of the fishing season and time to put the boat away. But there is that one little thing you know you need to do, but never really understood: winterizing. It’s nothing to be ashamed of. In reality, not many boaters…