Fishing Reels are a crucial instrument whether you are fishing on a lake, pond, river or sea. A fishing reel is a mechanical device that holds and spools out fishing line. It has a brake to slow running fish, a handle to retrieve line and a bracket to fasten the fishing reel to the rod. In the article below, we will look at how to choose a fishing reel that is suited for where you want to fish and also what type of you want to catch.

While spincast and fly reels frequently found in freshwater areas, spinning and baitcaster reels are routinely listed on lists of saltwater fishing reels.

Let’s look at each one of them in more details:

The spincast fishing reel features a closed face where all of the important components are kept inside, underneath a nose cone. The fishing line is fed out of a hole in the cover. There’s a button on the back of the reel, which you press down while you are casting forward. When you press on the button while casting, the line pushes out, and when you let go of the button, the line stops.

This is the most popular type of fishing reel. It features an open faced design and it is pretty easy to cast, even for beginners. They cast quickly, are much more accurate and cast much further than spincasting reels. The spinning fishing reel also has great line capacity, which means that you can put a decent amount of line onto it. You can also buy spincasting reels with an extra spool, which will make it easier to change out your line when you are on the water.

The spinning fishing reel has a fixed spool that allows the line to flow freely on the cast, making it a great option for light lures. The reel hangs underneath the rod, so it has a nice, balanced feeling. This type of reel is ideal for anglers that have experience under their belts; they can be tricky for beginners to get the hang of.

Though spinning fishing reels do cast further and they are much more accurate than spincasting reels, they are more expensive. Additionally, this type of reel usually doesn’t perform as well if you are going to be using a heavier line with it.

The baitcasting fishing reel is the most advanced style of all three types of reels. This means that they require a lot of skill and practice in order to effectively cast them, so they are best used by anglers who have quite a bit of experience under their belts.

With a baitcast fishing reel, the spool rotates as the line is released. Though they are more difficult to master than the spincasting and spinning reels, they do offer the most accuracy and distance, so once you get the hang of it, you’ll be able to really step up your fishing game with the baitcast reel. This type of fishing reel also offers a fast and power retrieve, making them great to use for catching larger, heavier, faster, and harder fighting fish.

Though a baitcast reel definitely offers the best accuracy and distance, it is prone to backlashing and line tangles. You really need to be in control of feeding out the line with your thumb when using this type of reel. Additionally, the baitcast reel is the most expensive of all three types of fishing reels.

How to Choose the Best Fishing Reels

How to match my reel to the right rod

When you are shopping for this essential item as part of your fishing gear, you’ll notice that many brands have several reels in different sizes (for example a 100, 200, 400). This is usually based on the capacity of the spool, which dictates the overall size of the reel. So, if you plan on fishing for larger, stronger fish, you’ll need a larger reel that can produce more drag force.

Spool capacity is given by length and the pound-test fishing line that it applies to. Stronger line has a greater diameter, so less line fits on a spool. For example, you might see a reel listed as 230/6lb., which means it can hold 230 yards of 6-pound test monofilament.

Finally, you will want to pick your reel to comfortably handle a fishing line of the same strength as recommended for your fishing rod. See your rod for the gauge. Click the link to learn more about the different freshwater fishing reels available in the market.

Surf fishing is a time-honored method of fishing that’s been enjoyed by landlubbers for decades. While gear and tackle have seen significant advancements since the days of the cane pole, much of the technique and strategy remain the same. This post will cover surf casting basics for beginners who are ready to hit the suds….

“It is always okay to make mistakes, as long as you learn from them”. But in this piece of article i’m gonna help you learn from other’s mistakes! In the next few lines, I will show you some common fishing mistakes you need to avoid in your next fishing trip to take your fishing experience…

When on the water, there is nothing more important than safety. As a boater, it is your duty to yourself, your passengers and fellow boaters, to operate your vessel responsibly and with a full understanding of smart practices and fishing boat safety requirements. Here are some fishing boat safety tips that you need to know…. 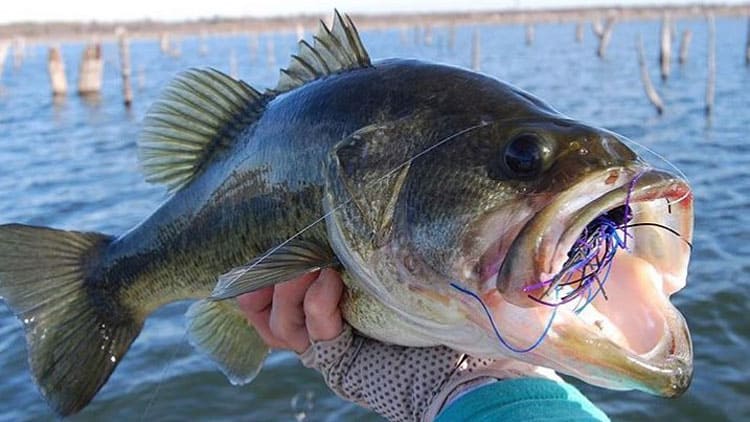 Catching a largemouth bass can be very rewarding but also challenging. Their life existence can go up as living on average up to 16 years. A predatory fish, the giant largemouth bass is very agile in hunting for smaller fish. They will put up also quite a fight when they find themselves at the end of a lure…

Some of the best fishing happens during fall when the temperatures are cooler, leaves start changing color, and you can enjoy beautiful sunsets. During fall, fish are more active during the day because they are eating more to put on weight for the winter months. During these months, fish tend to be in shallow waters…

The gear is packed up, the rods are rigged, and the weather is perfect. You’re ready for a fun-filled day of fishing, but you’re not sure where to go. Maybe you’re looking to try somewhere new or you’re visiting a new city, but you found yourself frantically wondering how to find a fishing place near…